Nearly a Century of Community Service

What today is a thriving organization of over 196,000 members in 290 Junior Leagues in four countries (United States, Canada, Mexico, and Great Britain) was begun by a single woman in New York City in 1901. It is a remarkable story of continuous growth and steadfast commitment to a mission of community service.

1900s: Mary Harriman, together with 85 women, forms the Junior League for the Promotion of Settlement Movements (later shortened to the Junior League) … League projects include the establishment of orphanages, programs in the fine arts, dental health for children, home nursing, parks, playgrounds … Organization becomes international when the Montreal Junior League joins in 1912.

1920s: In 1921, 24 Leagues join to form the Association of Junior Leagues of America … Period of rapid growth, with 81 new Leagues from Maine to Hawaii … League projects broaden to include children’s theater, literacy programs, and birth control clinics.

1960s: Leagues experience a change in membership profile, with more women employed outside the home and a greater ethnic mix; use of volunteers in more complex jobs … With a membership of 127,000 in 206 Leagues, the Association is recognized as a leader of voluntarism, gaining representation on U.S. national and international commissions.

1970s: The Association’s statement of purpose is changed to focus on the promotion of voluntarism, rather than on Junior League’s “individual purposes” … Members participate more actively in public affairs, particularly in the area of child health; launch a major child health advocacy program … The Federation of Junior Leagues of Canada forms as the Canada public affairs component … The Association introduces the highly popular Volunteer Career Development (VCD) program to help women achieve personal career goals through self-assessment and life-planning seminars.

1990s: Junior Leagues take advantage of the most popular means of travel on the Information Highway, introducing the bulletin board system, enabling all Leagues to communicate directly with one another … “Don’t wait to vaccinate” and international public awareness campaign on the need to immunize children before the age of two is launched … Leagues adopt new governing documents emphasizing a partnership relationship among the organizations’ components … initiates demonstration projects in child and maternal health, membership growth and development, multiculturalism, community programming, and leadership and governance, reform of middle school education … an Association-wide strategic planning process is designed to enhance the League’s sense of shared purpose … Leagues adopt an expanded Mission Statement adding “developing the potential of women,” and a new vision statement focused on strengthening communities by “embracing diverse perspectives, building partnerships, and inspiring shared solutions” … Leagues adopt two new priorities: 1) Leadership and Organizational Development, and 2) Collaborations, Network, and Partnerships … the rich history of the Junior Leagues allow us all to celebrate 95 years of community service, the challenges continue to grow and the need for the Junior Leagues is clearer than ever, Nineteen Leagues have joined the Association thus far in the ’90s. 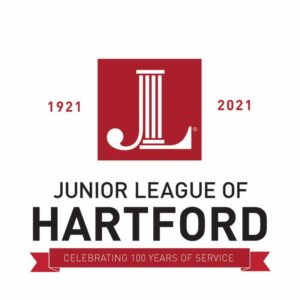 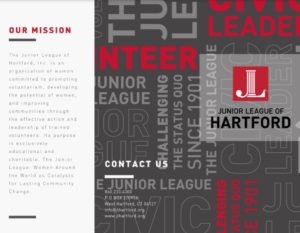